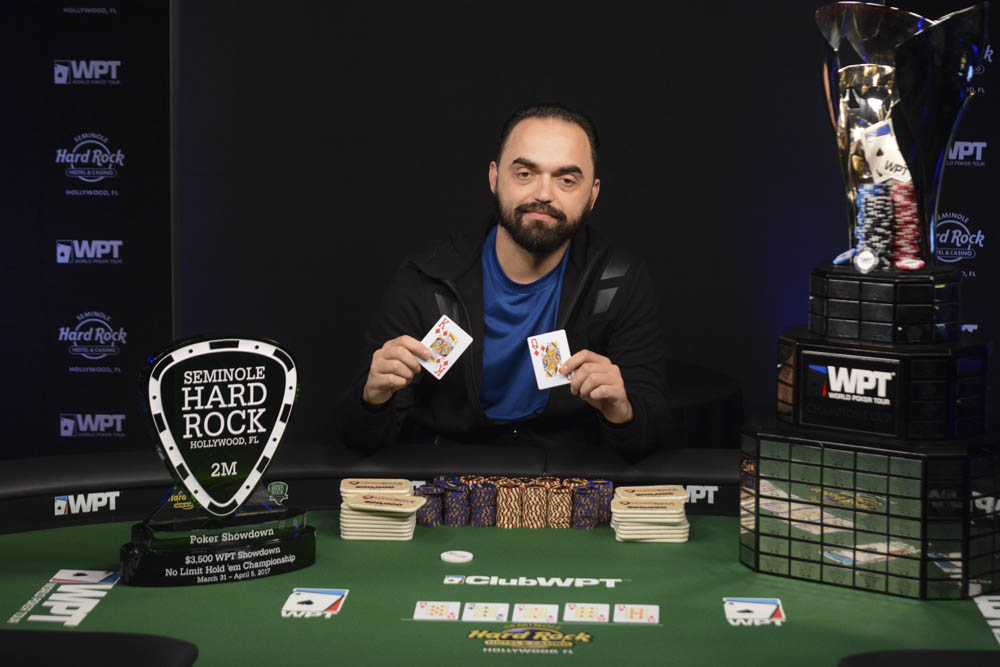 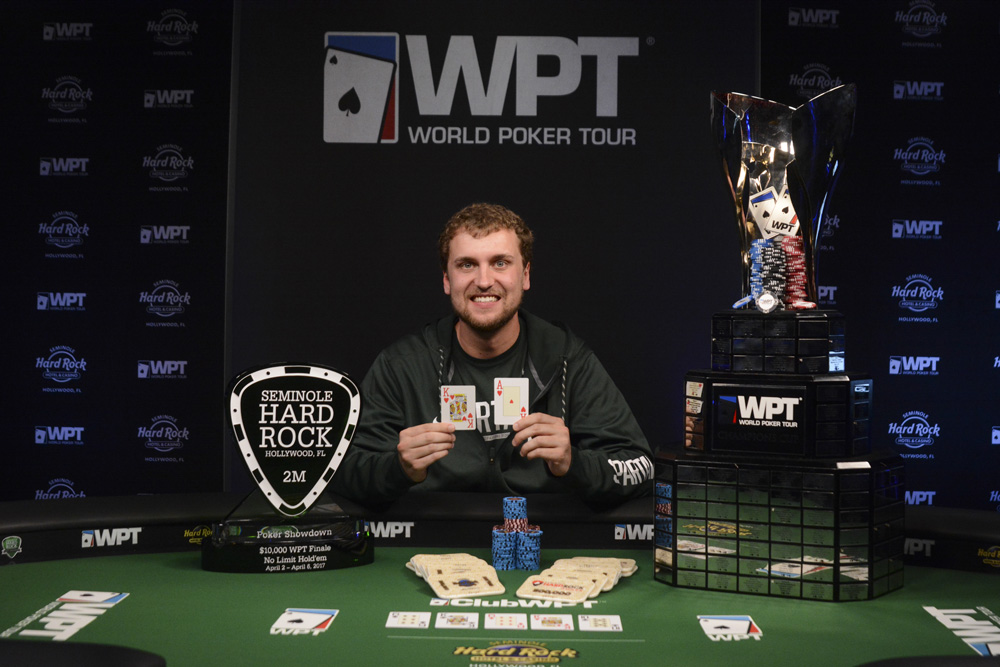 Sinishtaj outlasted a tough final table that included Daniel Colman, champion of the 2014 World Series of Poker $1 million Big One for One Drop, as well as South Florida professional poker player Robert Mizrachi and Seminole Hard Rock Poker team member Darryll Fish. In all, the six finalists combined to boast over $40 million in career earnings. While Colman, Mizrachi and Fish bowed out in fourth, third and second respectively, Sinishtaj hung on to claim the top spot and his first major victory.

“I love playing [at the Seminole Hard Rock],” he continued. “It’s a great place to play. [They] do an amazing job with the tournament.”

Concluding the day after the Championship was the Seminole Hard Rock Poker Showdown WPT Finale held April 2-6. Attracting 349 players, the $10,000 buy-in quickly surpassed the $2,000,000 guarantee for a total prize pool of $3,315,500. A first place prize of $716,088 was set aside for the champion. Earning the tournament’s number one spot was Riess, a professional poker player best known for his 2013 WSOP Main Event victory in which he won over $8.3 million.

Riess battled a difficult final six that included Jason Koon. Koon boasts over $8.6 million in earnings, $1 million of which were earned during last summer’s Seminole Hard Rock Poker Open in Hollywood, Florida. In the end, Koon was eliminated fifth and Riess went on to beat WPT champion Alan Sternberg heads up. Sternberg earned $491,081 for the runner-up finish.

“To win a tournament where all the best players in the world, minus the few that are in Macau, are all here, it feels really good,” Reiss said.

The SHRP Showdown kicked off on March 16 with headline events that included a $360 buy-in, $500,000 guarantee and a $570 buy-in $1 million guaranteed events. The tournaments were combined to draw more than 6,000 entries, and generating prize pools with a total of over $2,300,000. On March 29, a $300 charity poker tournament presented by Seminole Hard Rock and the WPT Foundation benefited the Jason Taylor Foundation. Half of each buy-in – $16,660 total – was donated to help the pro football legend’s non-profit organization to support and create programs that facilitate the personal growth and empowerment of South Florida’s children in need by focusing on improved health care, education and quality of life. Additional funds were raised through silent auction items and personal donations.

A $25,500 buy-in, $1 Million Guaranteed Seminole Hard Rock Poker High Roller event took place April 4-5. A total of 116 entrants played in the big game to create a prize pool worth $2,900,000 and marking the largest field ever in a Seminole Hard Rock High Roller event. The event drew some of the top players in the game, including the eventual champion, Florida’s Jason Mercier. Mercier earned $794,600, bringing his total reported cash winnings to over $18,000,000.

The SHRP Showdown runs through April 9 when it concludes with the WPT Tournament of Champions final table.