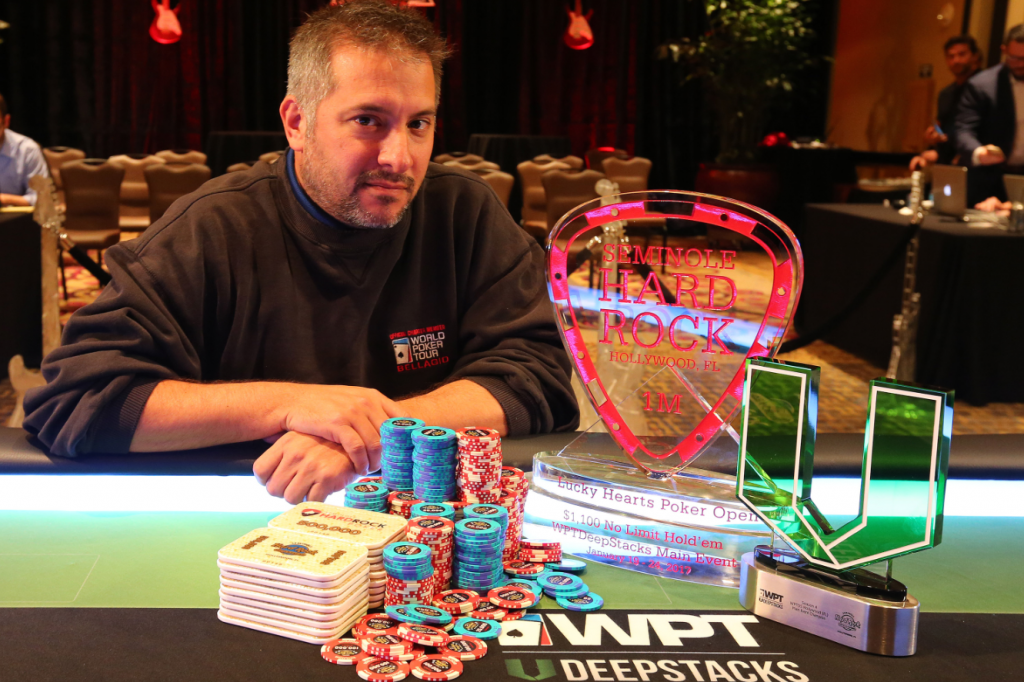 “The tournament and structure were great,” Graffeo told WPTDeepStacks staff following the win. “The dealers and the staff are unbelievable. Seminole Hard Rock is a terrific place to play.”

Graffeo, 41, works in the mortgage industry and was born in Brooklyn, NY. He previously played poker semi-professionally and took a few-years hiatus from the game to raise his children. Graffeo recently moved to Boca Raton, Fla., and now plans to pursue poker more seriously. The Main Event was the first tournament he played in two months, and he bested a decorated final table.

Kicking off the 2017 LHPO was a $360 Ultimate Re-Entry event. Last year, the tournament drew a field of over 4,000 players, marking the largest poker tournament in Florida state history at that time. This year’s installment saw a year-over-year attendance increase of nearly 700 entries putting the final player count at 4,756. Seminole Hard Rock Hollywood has since broke the Florida state attendance record following a 5,000-entry field in November. The Ultimate Re-Entry’s 4,756-player field is the second largest in the state’s history and the resort now holds the top three spots in tournament attendance records. Winning the event was Florida local Jerry Wong. Wong, best known for his appearance as a member of the November Nine, turned the $360 buy-in into $250,000.

The 2017 LHPO series ran from Thursday, Jan. 12 to Wednesday, Jan. 25, 2017. More information on the series, including complete results and winner photos, is available at www.SHRPO.com.